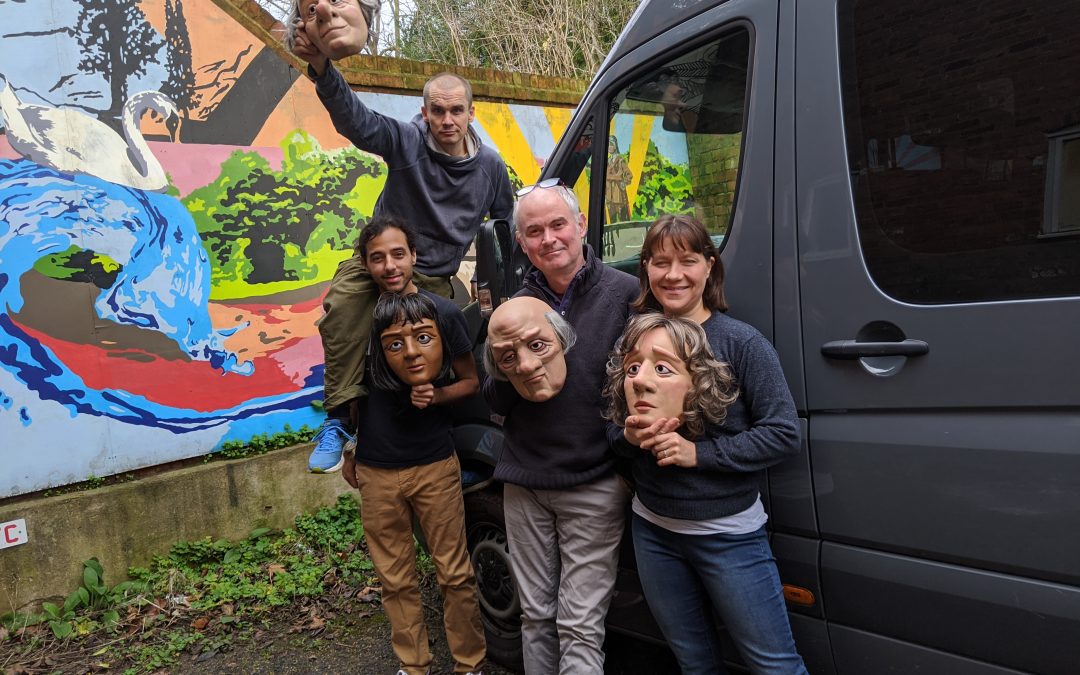 Vamos Theatre, the UK’s leading mask theatre company based in Worcester, have set up their own tree grove in the Scottish Highlands to help offset the carbon emissions from their forthcoming UK premiere tour of their new production DEAD GOOD.

Working with conservation charity Trees for Life, the trees will help to rewild the Caledonian Forest, a rich habitat found only in the Scottish Highlands and will include saplings from locally collected seeds including Scots pine willow, birch, hazel and alder.

The saplings will be planted alongside other young, native trees, transforming open hillsides into healthy young woodland, rich in wildlife such as red squirrel, black grouse, capercaillie, wood ants and twinflower. Once the trees reach maturity, natural regeneration will go on to create the wild forests of the future for generations to enjoy.

Rachael Savage, Artistic Director of Vamos Theatre said “This particular project is something we are doing whilst we work on more long-term sustainability for the company. This isn’t a quick solution, we are fully aware trees take up to 20 years to mature but this is a positive springboard for us, we have to start somewhere. This interim move invests in a better future and supports invaluable reforestation in the Scottish Highlands.”

DEAD GOOD, which tours across the UK visiting 23 theatres including venues in Worcester, Wolverhampton, Edinburgh and Inverness, is funny and poignant in equal measure. This production brings together some of the UK’s leading mask actors to tell the story of Bob and Bernard, who have only two things in common – they’re both dying, and they’re not going down without a fight. So, with a bottle of Bollinger and the keys to Bernard’s Bentley in hand, they decide to hit the road, and take on one final, death-defying adventure.

The production, which has no spoken word, features an original music score, film projection, a multifaceted set design, and characterful new masks especially made for the show by Russell Dean of Strangeface.

DEAD GOOD previews at The Swan Theatre, Worcester on 23-24 January, before its official world premiere at Jackson’s Lane, London as part of London International Mime Festival (30 Jan- 2 Feb).  The London dates are now SOLD OUT – returns only.