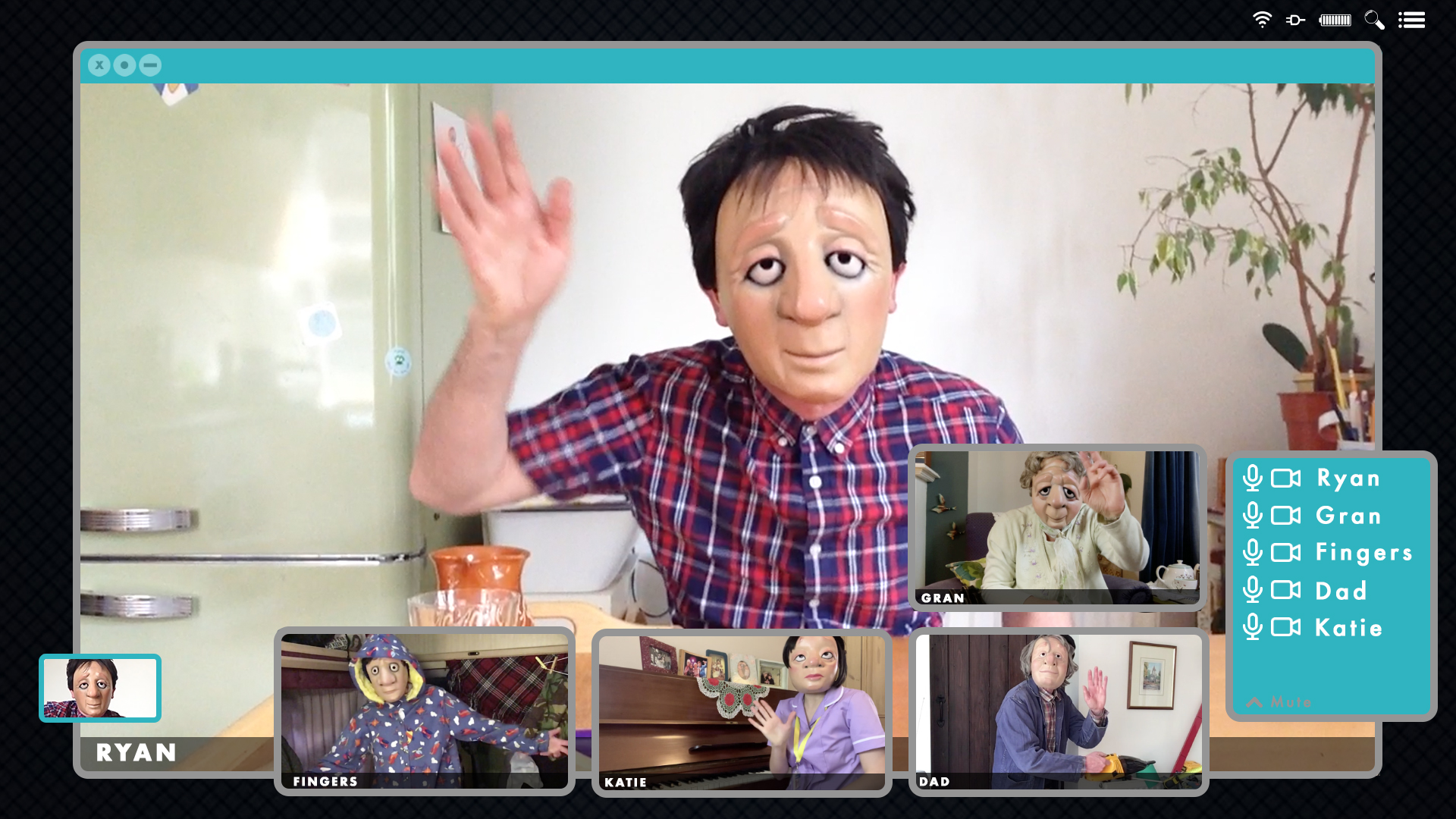 Part of  BBC’s Culture in Quarantine, the 20, 1-3 minute shorts will be screened across a range of BBC social media platforms, including BBC iPlayer, with the Culture in Quarantine mission ‘to bring the arts to UK homes despite venue closures, social distancing and lockdowns’.

Vamos Theatre fought off competition from more than 1,600 applications to win the commission, part of a total of 25 projects from a range of artists selected across England.

Described as Jack Tati meets Homer Simpson, and performed entirely without words, How Hard is Waving? is the story of Ryan, alone in lockdown and doing his best to support his quirky, extended family through video link alone – not to mention keeping his own mental health on track. Playful, comic, and poignant, these non-verbal shorts take us on a journey through four weeks of daily online meetups…can Ryan keep Gran happy? Will Dad come a cropper with his DIY? And does Ryan stand a chance with Katie, Gran’s carer?

How Hard is Waving? marks Vamos Theatre’s debut performance on the BBC providing the company with a unique opportunity to bring their work to a much wider audience. The film commission is also a great addition to their growing portfolio of work which includes full mask theatre productions across the UK as well as performing at national and international festivals and events.

Vamos Theatre’s submission is based around film shorts produced for social media which the company screened every day during the initial phase of lockdown.

Rachael Savage, Vamos Theatre’s Artistic Director said “How Hard is Waving?  starts transmitting this week across BBC Arts social media platforms and will run Tuesday-Saturday mornings for the next four weeks. It will also be linked to our own Vamos Theatre social media too.

We are extra excited because each weekend BBC iPlayer will screen an Omnibus edition providing viewers with the chance to ‘binge watch’ all of the previous week’s shorts.”

Alongside Rachael Savage (director and performer), the cast is made up of renowned full mask actors, Alan Riley and James Greaves, with Rosa Savage making her professional debut for the company. Norah the dog also takes part, playing herself. Guided remotely by film maker and editor Dan Hill, each of the cast has been performing at home and filming their own footage, which has been a steep but fascinating learning curve for everyone. All episodes feature an original score by composer, Janie Armour.

Vamos Theatre’s Culture in Quarantine project was made with support from The Space, a digital agency and production company helping to promote wider engagement across the arts and cultural sector, and Battersea Arts Centre.