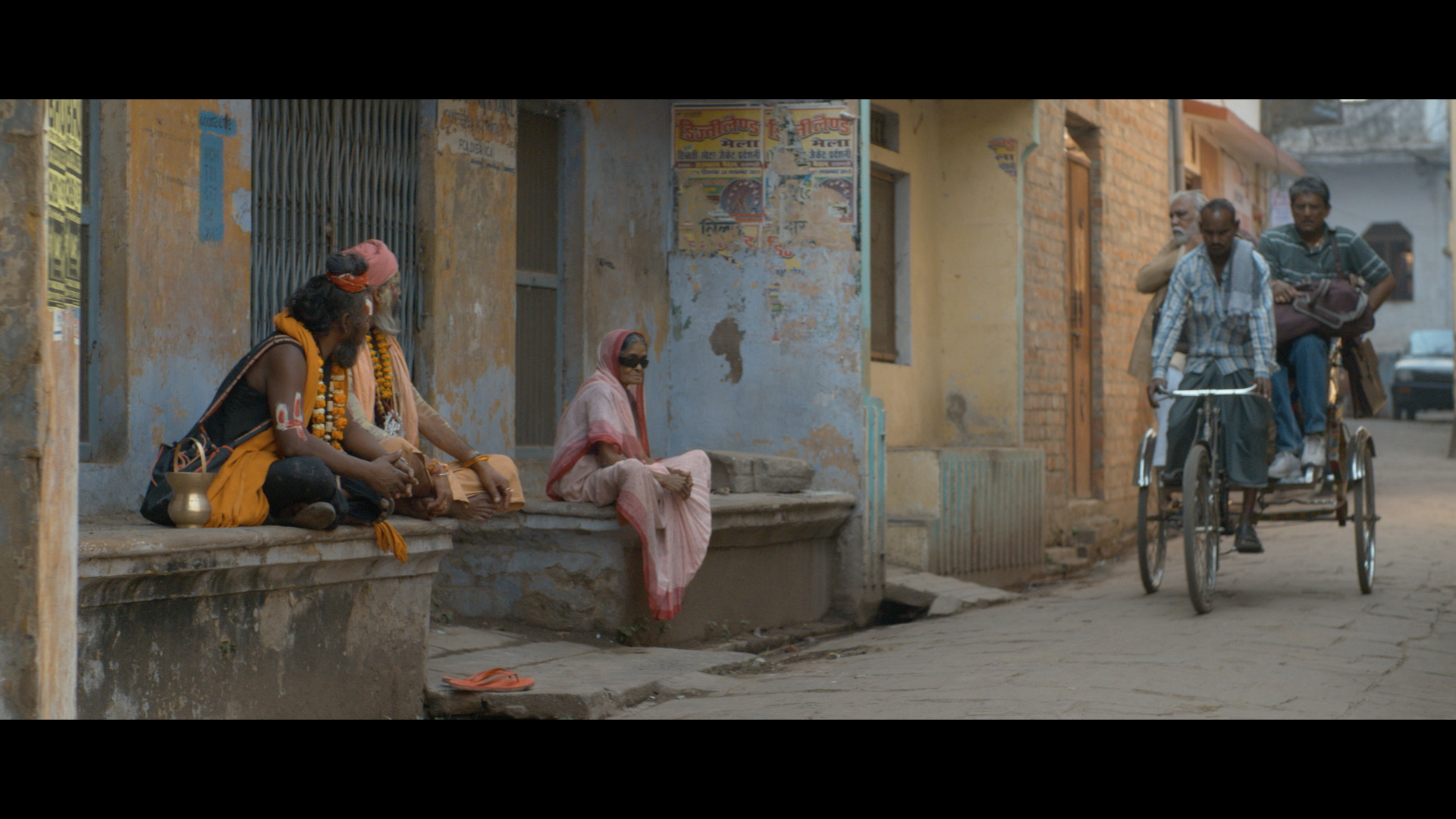 When Rajiv is forced to drop everything in order to accommodate his father’s last and bizarre wish to travel to Varanasi to attain salvation, they are forced to re-engage with each other and the world around them in this award-winning, heart-warming comedy, screening to UK audiences only, on www.loveliffathome.com as the UK and Europe’s largest South Asian Film Festival continues to screen upbeat movies on the last Sunday of each month, ahead of the June festival in cinemas in London, Birmingham, Manchester, with online UK wide offerings.

Hotel Salvation, also known as Mukti Bhavan is a gentle charmer focussing on 77-year-old Dayanand Kumar, played by Lalit Behl (Titli, Made in Heaven), who has an ominous dream convincing him that his end is near. He takes the news to his dutiful son, Rajiv played by the critically acclaimed Adil Hussain (Life of Pi, The Reluctant Fundamentalist, Star Trek), who is left with no choice but to make the journey with his stubborn father, so that he can take his last breath in the holy city of Varanasi and end his cycle of rebirth by attaining salvation.

Daya and Rajiv check into Mukti Bhawan (Hotel Salvation) in Varanasi, a guesthouse designated for people to die there, but as the days go by, Rajiv struggles to juggle his responsibilities back home, while Daya starts to bloom in the hotel. Rajiv gives his father a shot at salvation but as family bonds are tested, he finds himself torn, not knowing what he must do to keep his life together. A strong supporting cast include Geetanjali Kulkarni (Court, Sir, Bombay Rose), who plays Rajiv’s wife, Palomi Ghosh (Typewriter, Nachom-ia Kumpasar) playing their grownup daughter Sunita and Navnindra Behl (Oye Lucky! Lucky Oye!, Maachis) as Vimla, a widow and long-term resident of the hotel who forms a friendship with Daya.

An added bonus on the site that is viewable globally, is a Q&A with Shubhashish Bhutiani, whose directorial debut bagged him the National Film Award – Special Mention at the 64th National Film Awards. His film has been described by The Times as “If The Best Exotic Marigold Hotel had been remade by Ingmar Bergman” and lauded as “Smart, spellbinding and achingly relatable” by The Guardian.

The film screens on Sunday 25 April and will be available from 3pm till 7pm and £3 tickets can be booked at loveliffathome.com.

Films will continue on the online platform till the end of May, and you can also catch up with Q&As of previous screenings including the cast, Mona Ambegaonkar & Devansh Doshi and Director, Sridhar Rangayan of Evening Shadows, which was shown in February and Kireet Khurana, Director of T for Taj Mahal shown in March.

This programme is supported by Film Hub London (managed by Film London), Film Hub Midlands and Film Hub North, proud to be partners of the BFI Film Audience Network, funded by the National Lottery. Major partners of LIFF are the Bagri Foundation and the British Film Institute (BFI).

“After a challenging few months, we are bringing some much needed uplifting entertainment and as always our quality films offer fresh views of India and South Asia; movies that may even challenge and certainly leave you thinking.”

In Conversations, Masterclasses and Q&As are available to view for FREE at www.loveliffathome.com. Film screenings may incur a ticket fee.