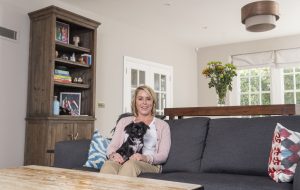 Congratulations to Hampstead Housesitters and Hampstead Hounds who are fast becoming one of the leading house-sitters and dog-walkers in the affluent Hampstead area of London.  In just three years the business has grown from one sole owner increasing to two permanent and a handful of casual staff as well as gaining unique business partnerships.

M7 spent the day with owner Christiana Hines overseeing an exciting photoshoot,  meeting some of her incredible staff and of course – icing on the cake – meeting some of the dogs she looks after.

We’d never visited Hampstead before and immediately fell in love with it but, more importantly, got to know a lot more about animal welfare and behaviour plus the hard-work and high class service Christiana and her team provide for their clients.

We had a fantastic tour of Hampstead, visiting the famous Heath and tourist spots and got a real a feeling of family and community here

Hampstead Village apparently has some of the most expensive housing in the London area and it’s said has more millionaires within its boundaries than any other area of the United Kingdom.

Some very famous people have lived in the village too including Poet John Betjeman, Sir Adrian Boult, Ford Maddox Brown, Richard Burton, John Constable, Virginia Woolf and Charles Dickens to name but a few – there are blue plaques everywhere!

We’re  so delighted to be working with such a hard working client and helping to grow their business even more through media coverage.