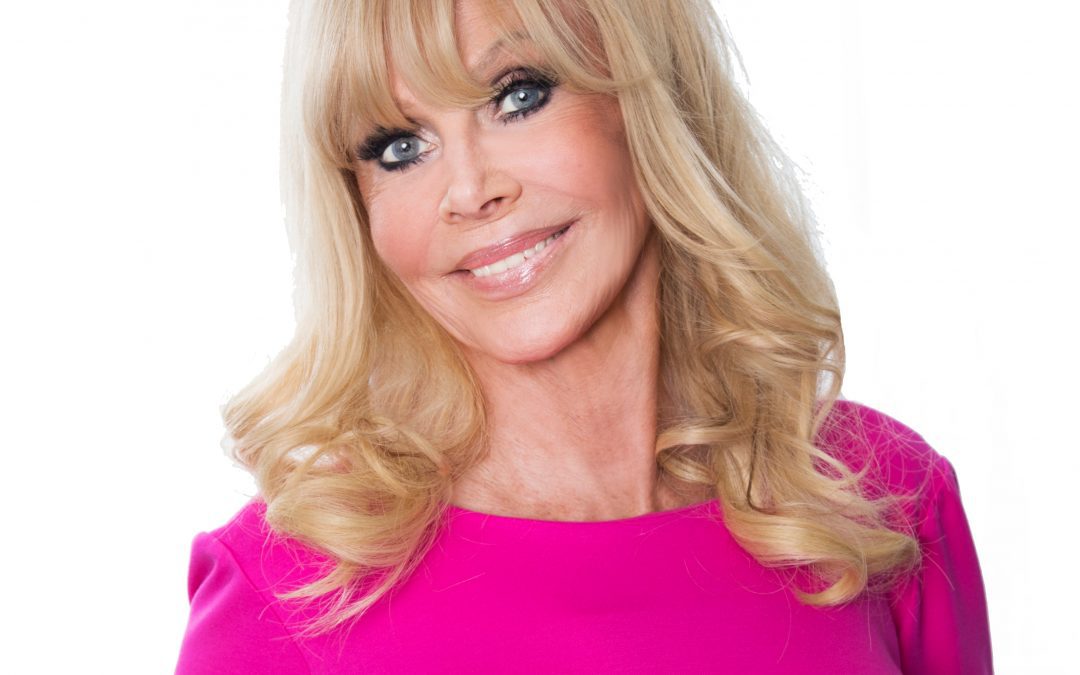 THE LICHFIELD GARRICK is looking forward to a sparkling season of drama productions that will appeal to theatregoers across the Midlands.  From thrillers and classic adaptations to big star names including movie icon Britt Ekland and national treasure Su Pollard.

The Garrick’s drama season opens with the critically acclaimed award-winning one man show FIRST TIME (Fri 7 Feb, Studio) starring theatre maker and HIV activist Nathaniel Hall. FIRST TIME is based on Nathaniel’s personal experience living with HIV after contracting the virus from his first sexual encounter aged just 16.  The show is a humorous and heartfelt piece of theatre that not only transforms audiences into HIV allies, but also helps them rid toxic shame from their own lives. In 2019, FIRST TIME took the Edinburgh Fringe by storm during a four-week run – don’t miss your chance to see it at the Garrick! (Age 14+)

The Classic Thriller Theatre Company presents their fifth production, with an adaptation of the famous stage thriller THE CAT AND THE CANARY (Mon 9-Sat 14 Mar, Main Auditorium) which went on to spawn three hit movie versions. This much anticipated production is set twenty years after the death of Mr. West, on a night where his descendants gather at a remote mansion to learn who will inherit his vast wealth and the hidden family jewels. When the heir is revealed, the heritage hunters turn into prey and a chain of macabre events is set in motion. THE CAT AND THE CANARY  features a spectacular star studded cast headed up by movie icon Britt Ekland (The Man with the Golden Gun, The Wicker Man), Mark Jordon (Heartbeat, Emmerdale), Tracy Shaw (Coronation Street), Marti Webb (Evita, Tell Me on a Sunday), Gary Webster (Minder), Ben Nealon (Soldier Soldier), Nikki Patel (Coronation Street) and Eric Carte (Bouquet of Barbed Wire).

Following a successful run at the Edinburgh Fringe the theatre welcomes HOLD ON LET GO (Sat 21 Mar, Studio) by Unfolding Theatre. A poignant, personal meditation on the gaps in our memories, and asks what we want to pass on to future generations. This intimate performance tells the story of Alex who has an encyclopaedia in his head and Luca who has one on her phone. Alex can’t recall his mother’s voice or most of the 1980s. But he can instantly recall his mother’s cooking and his family’s stories of the Spanish Civil War. Luca worries that she can’t remember the important stuff – things that might make the world a better place. Her journey sucks her into a black hole crammed full of everything she’s ever forgotten.  HOLD ON LET GO featuring performers Luca Rutherford and Alex Elliott is a production that bakes bread, dances on the kitchen table and wonders what is left when words are gone.

As part of a major tour and London run Out of Joint joins forces with Cast, Doncaster and Kiln Theatre, to present Richard Cameron’s much-celebrated play THE GLEE CLUB (Tue 24 – Sat 28 Mar, Main Auditorium). Set in the Summer of 1962 the hard-working, hard-drinking members of the Edlington Miners’ Glee Club are preparing for their local gala. But as times change, they realise that the ‘good old days’ may not last forever.  The cast features actor Bill Ward (Bant) best remembered for playing Charlie Stubbs in Coronation Street, and recently starred as Hugo/Loco Chanelle in ‘Everybody’s Talking About Jamie’ at the Apollo Theatre and  Linford Johnson (Colin Shuttleworth), who is currently starring in ‘The Lion, The Witch and the Wardrobe at the Bridge Theatre’. This poignant and hilarious comedy features hits songs from the 1950’s performed live on stage and celebrates the shared experiences and close bonds between a group of unlikely friends.

The spring drama season ends with the hit one-woman show HARPY (Sat 2 May, Main Auditorium) starring national treasure Su Pollard by Fringe First winner Philip Meeks. Best known for her star-turn as Peggy in the BAFTA award-winning sitcom Hi-de-Hi! the much-loved Su Pollard stars as Harpy in this gripping heart wrenching exploration of one woman’s struggles with mental health and loneliness, manifesting itself through extreme hoarding. At heart it’s a bittersweet dramatic comedy, which showcases a grittier side to the Su Pollard of the eighties and asks us to look beyond our prejudices against those who appear to disrupt the norm.

Lichfield Garrick’s Chief Executive Karen Foster said “We are very excited to have secured such a packed programme of world class drama for our audiences including a wonderful new adaptation of Charlotte Brontë’s Jane Eyre and the first visit to the Garrick for HIV activist, Nathaniel Hall, for his new play First Time – a warm, and surprisingly universal story takes the audience from laughing, to crying and back again. We are particularly excited to be welcoming such great star names to our stage including film star Britt Ekland, the much-loved actress and personality Su Pollard and Bill Ward straight from his role in the West End hit ‘Everybody’s Talking About Jamie’.”

For full listings, to book tickets and to download a copy of the new brochure go to https://www.lichfieldgarrick.com