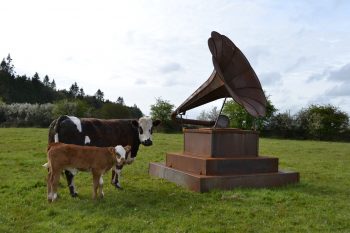 KENILWORTH ARTS FESTIVAL has  announced the first highlights of the programme for its 4th  edition which features international artists, UK premieres and exclusive performances.

The Festival, which will run for ten days from Thursday 19–Saturday 28 September 2019, will take over open spaces, theatres, churches, bookshops and streets, transforming Warwickshire’s famous historic town into a World-Class stage for arts, music, performance and the spoken word.

Opening the Festival will be the critically acclaimed award-winning singer-songwriter Nadia Reid from New Zealand who will be performing a one-off concert in the beautiful surroundings of St Nicholas Church. Celebrated for her intimate musical soundscape and unique voice, Nadia has played all over the world, appeared on BBC’s Later … with Jools Holland and her album ‘Preservation’; was named #2 in Mojo’s album of the year list in 2017. A unique chance to see one of the world’s rising music stars. 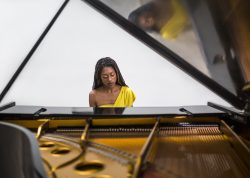 The festival welcomes the multi-award-winning pianist Isata Kanneh-Mason, the eldest of the Kanneh-Mason family and a regular performer on TV and radio.  A former finalist in the BBC’s Young Musician of the Year, Isata has gone onto perform in prestigious venues around the world including Carnegie Hall and The Barbican. Isata will be performing pieces from her debut album ‘Romance’, which celebrates the work of composer Clara Schumann, along with a selection of Brahms compositions.

Further musical highlights include a concert from British-Bahraini trumpet and flugelhorn player Yazz Ahmed who has recorded and toured with a wide range of artists including Radiohead to Lee Scratch Perry; American jazz pianist Darius Brubeck, son of the legendary musician Dave Brubeck, will be bringing his Quartet to the festival offering a one-off glimpse into material from a forthcoming album and an exclusive first UK performance from French singer-songwriter Pauline Drand, based in Paris, who will be performing songs from her debut album ‘Faits Bleus’.

The Festival will also host a packed weekend of talks and readings featuring influential writer and editor Nikesh Shukla, who will be speaking about his latest YA novel ‘The Boxer’; the award-winning human rights campaigner and journalist Caroline Criado Perez OBE who will be talking about her latest book ‘Invisible Women’; Kerry Hudson on her latest book ‘Lowborn’ described by The Guardian as ‘one of the most important books of the year’; debut novelist Elizabeth Macneal whose debut book ‘The Doll Factory’ was a Sunday Times top ten best-seller; local author Caroline Lea and writers from the celebrated ‘It’s Not About The Burqa’ anthology.  There will also be a panel discussion on the children’s book industry featuring novelist Serena Patel and children’s book illustrator Jane McGuinness.

Festivalgoers will have the rare chance to see Irish sculptor Donnacha Cahill’s giant pop–up sculpture ‘The Gramophone’ which will make its first ever visit to England during the Festival.  The sculpture will be appearing in several locations in the town, and audiences will have the opportunity to connect to the gramophone by bringing their own records and hearing their favourite music as it has never been heard before.

Book lovers are invited to join the Festival to celebrate the 90th anniversary of the world-famous publishing house Faber & Faber. This special event welcomes Toby Faber, former managing director of Faber and Faber and grandson of founder Geoffrey Faber, who will be speaking about the ‘Untold Story’ of the publishing house, which has been a home to the likes of TS Eliot, Sylvia Plath and many more. 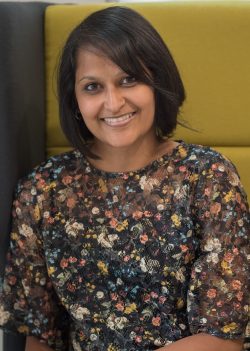 Lewis Smith, Artistic Director of Kenilworth Arts Festival, and one of the youngest producers of an Arts Festival in the UK said “We’re thrilled to be able to welcome world class writers, musicians and artists to Kenilworth once again for our 2019 festival. The Festival has grown year on year, and we are proud to continue to champion brilliant, thought provoking new work.”

Lewis added “We look forward to welcoming local residents and visitors to the town for what will be an exciting ten days of events.”

KENILWORTH ARTS FESTIVAL runs from Thursday 19-Saturday 28 September 2019 in various locations. Tickets are priced from £6 and are available from www.wegottickets.com/kenilworthartsfestival

Further information and access please go to  www.kenilworthartsfestival.co.ukFurther artist announcements will be made over the coming weeks