It’s all about the Improv 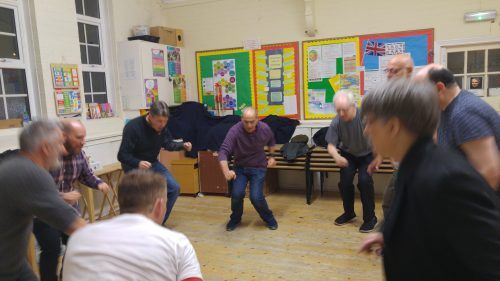 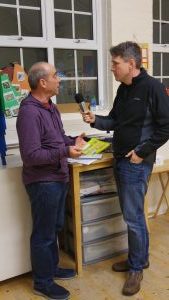 M7 oversaw a radio interview this week with Jon Trevor, Festival Director of Improv Festival 2017.  He was meeting up with Switch Radio presenter James Sandy ahead of the opening night on 23rd October.

Jon runs a popular Improv Workshop every Tuesday in Moseley attended by people from all walks of life: writers, doctors, teachers to name a few and last night M7!  Great bunch of people with some travelling as far as Leamington Spa every week!  Now that’s a definite thumbs up to Jon’s expertise.

James from Switch joined in and really enjoyed the evening, so much so, that we’re wondering whether he’ll become a regular?

Switch Radio’s feature with Jon will be broadcast on 25 October.

But before that Jon will be on Newstyle Radio at 12.15pm on 11 October and you can hear more about the Birmingham Improv Festival 2017 on BBC Radio WM’s Richie Anderson show on Monday 16 October at 3pm.

For full festival line-up and to book tickets online go to: