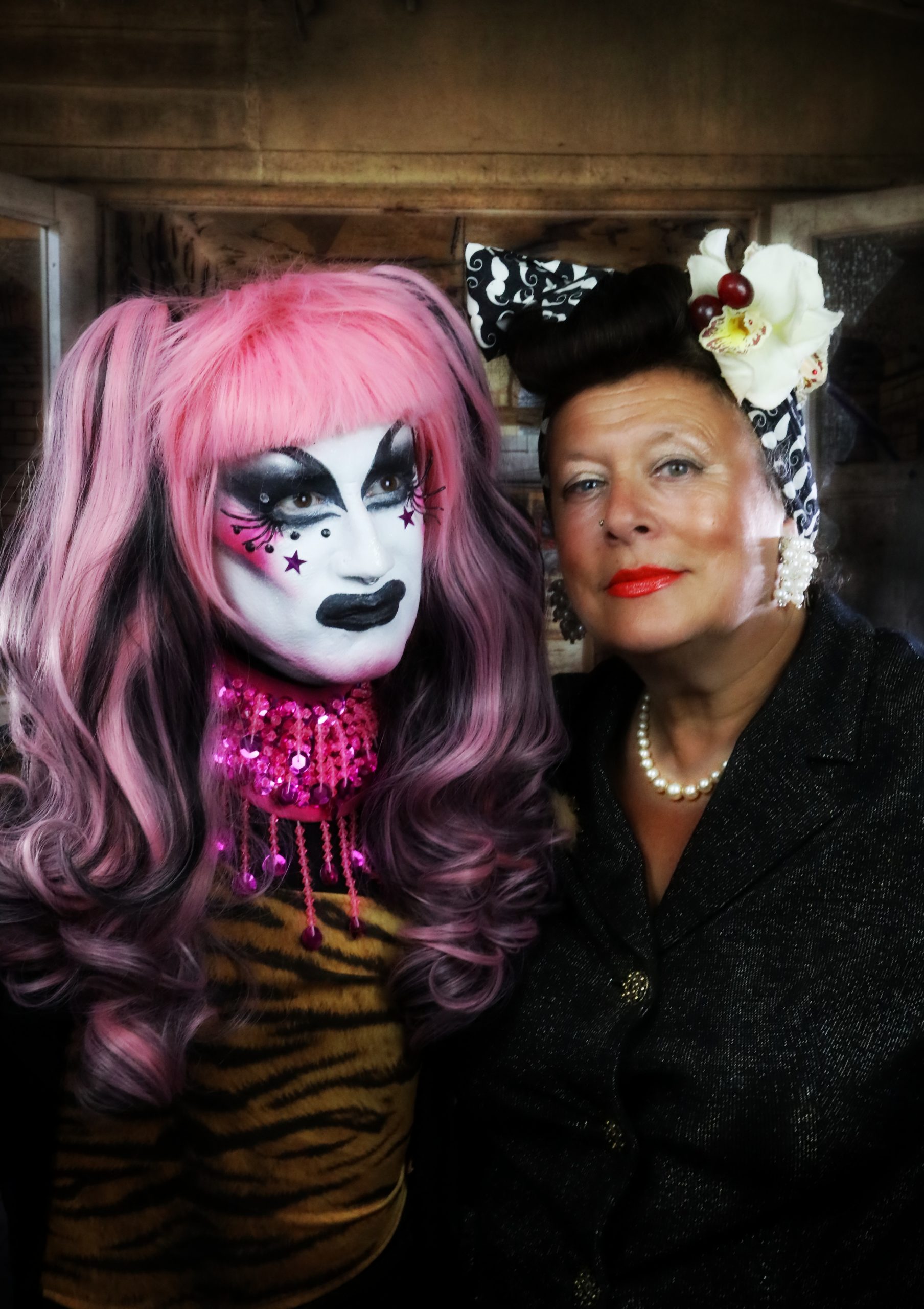 This year marks 45 years since Punk Rock hit the music scene in 1976, the year Birmingham’s Patti Bell and business partner Jane Kahn opened up their famous Hurst Street boutique Kahn and Bell in the emerging Gay Quarter of the city.

Now, a tribute to the iconic clothing designs by the legendary fashion designer Patti Bell will be showcased in a brand new solo photographic exhibition by Birmingham born art photographer Gary Lindsay-Moore.

The photographic exhibition entitled IT’S NOT UNUSUAL, a salute to Patti’s brief relationship with the singer Tom Jones, features images of 12 original pieces of clothing designed by Kahn and Bell.  The photographs will be exhibited at Birmingham’s famous Rag Market where Patti also had a clothing outlet.

Gary has been a huge fan of the Kahn and Bell fashion label since first visiting the boutique in the late 70’s.  Over the last decade Gary has met Patti on many occasions and more recently collaborated with her on a run of limited edition t-shirts where she produced extra artwork for his Badwonderland project.

Gary said “I was 17 when I first visited Kahn and Bell.  This glamorous lady with huge blonde spiked hair teased high defying gravity, in chains, pins and wearing the highest stiletto’s I’d ever seen. Punk and glamour all in one person.”

Gary continued: “London had Vivienne Westwood but Birmingham had Patti Bell who in my mind should have received the same recognition. Now, as we celebrate 45 years since the original Kahn and Bell boutique opened, it seems fitting to recognise her contribution to the city’s fashion scene with this photographic exhibition featuring photographs of original pieces from the iconic fashion label.”

The idea for the exhibition was originally conceived in 2019 when Gary had a chance meeting with Karen Jebb, someone that later turned out to be the owner of 12 original pieces from the Kahn and Bell fashion label.

The project however was put on hold due to COVID-19 enabling Gary to recover from a heart operation he had the previous year.  It also gave Gary time to persuade Karen to allow him to photograph the pieces using models, some of whom were on the New Romantic scene at the time and already had a connection with the fashion label.

One of the models featured in the exhibition is Birmingham’s Twiggy one of the Midlands’ most well known and flamboyant drag artists who worked for Kahn and Bell, he/they/it says “Without the encouragement and inspiration from Patti in the early days I may not have gone on to develop my skills.  Working for her and Jane was mind blowing.”

Gary added:  “I am hoping the photographic exhibition will bring back memories to those that were on the Punk and New Romantic scenes back in the day, especially those who were regular visitors to Kahn and Bell buying up their flamboyant, futuristic designs and dancing the night away at club nights in the city.”

With nearly 3 and a half years after the original idea behind him, Gary is delighted to launch this tribute exhibition. Visitors will have access to the exhibition during  Birmingham Rag Market opening times from Tuesday 27–Saturday 30 July and is FREE.

As part of the 45 years tribute the photographs from the exhibition will be featured in a book specially made for those involved in the project.

Prints will be available to purchase after the exhibition. Full contact details are available on the website