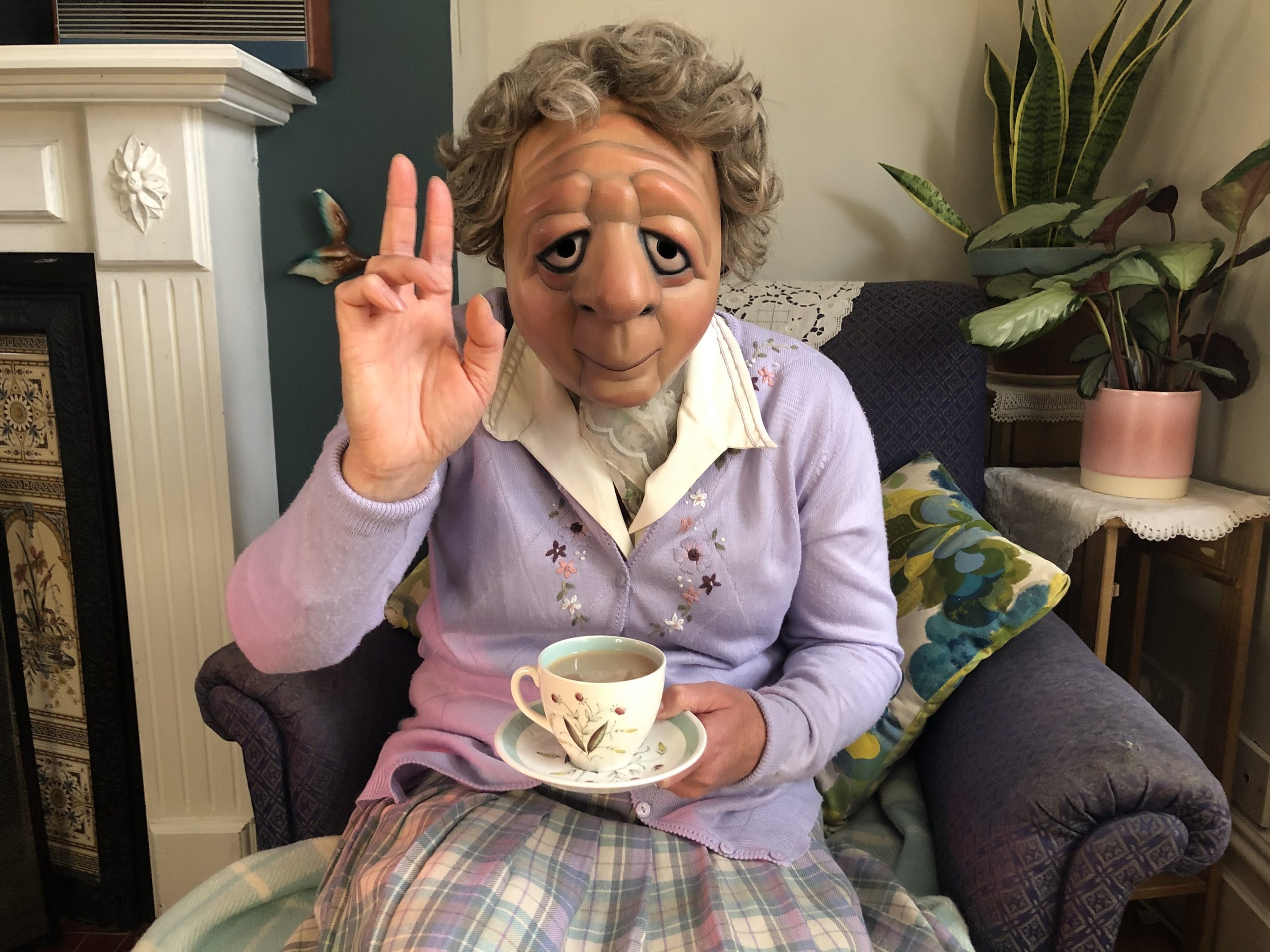 Despite the theatre industry still in lockdown Worcester’s acclaimed Vamos Theatre has been busy over the last few months producing HOW HARD IS WAVING? a phenomenal 20 short films commissioned by the BBC’s Culture in Quarantine.

The first episode, which marked Vamos Theatre’s BBC debut, was broadcast on 7 July, and reached its touching finale on 1 August.

The 20 episodes, which you can now stream in their entirety on BBC iPlayer, were viewed across social media, BBC Arts and iPlayer enabling the company to bring their work to a much wider audience.

Vamos Theatre is the UK’s leading full mask theatre company and are recognised leaders in non-verbal communication training and performance. The company were in the middle of a UK national tour of their new production DEAD GOOD when theatres were forced to temporarily close due to COVID-19.

HOW HARD IS WAVING? was inspired by a series of films produced by the company and broadcast on its social media platforms every day during the initial lockdown period.

The commission was a huge challenge for the company during an unprecedented period. Guided by film maker and editor Dan Hill, each of the cast performed at home filming their own footage.

“It was bizarre making HOW HARD IS WAVING! at a time when our worlds were being turned upside down whilst trying to reflect honestly that world.  From hording, to running out of loo roll, to finding fun ways to stay connected and then deeper themes such as loneliness and depression, and how the care system could have been much better supported.

Whilst filming I often thought, this is a piece of history we’re making, a true reflection of what our generations went through during the pandemic and an archive for future generations to come.”

Performed entirely without words, HOW HARD IS WAVING? features Ryan, alone in lockdown, who is doing his absolute best to support his family through video link alone. The shorts take the viewer on a journey through four weeks of daily online meet ups with Gran, who is living with dementia, and her carer Katie, Dad who is into DIY, and Ryan’s best friend Fingers.

Although the final episode was broadcast on 1st August, and to fully appreciate the detail on your smart TV, the company recommends you tune into BBC iPlayer where all 20 episodes are now available to stream.  Each episode is 1-3 minutes in length.

Vamos Theatre’s Culture in Quarantine project was made with support from The Space, a digital agency and production company helping to promote wider engagement across the arts and cultural sector, and Battersea Arts Centre.

In total, 25 projects have been selected from across England. These pieces will be exhibited through broadcast slots across BBC Radio 3 and BBC TV, through podcasts on BBC Sounds, and through the BBC Arts website, continuing the Culture in Quarantine mission to bring the arts to UK homes despite arts venue closures, social distancing, and UK-wide lockdowns.