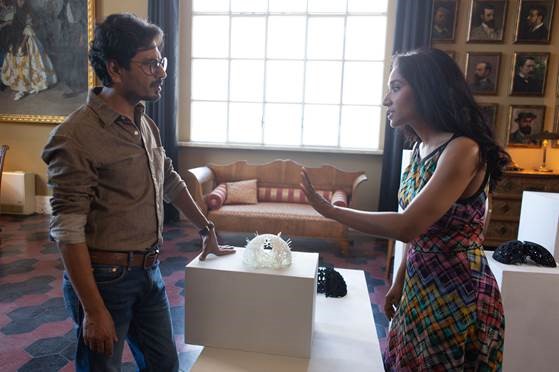 The festival runs in accordance with UK government guidelines, with health and safety measures that cinemas have mindfully set up.

The screening at Millennium Point’s giant screen (5pm Sunday 20th September) is a double bill of the highly anticipated Busan hit Roam Rome Mein, the directorial debut by Brick Lane actress, Tannishtha Chaterjee, who also stars in it, alongside an Italian cast, and Indian stalwart, Nawazuddin Siddiqui, and Bollywood star Vidya Balan produced short film Natkhat (The Brat) that she also stars in.

“It’s been an adventure this year to transform Europe’s largest South Asian film festival into both a digital version that continues to attract good audiences and an actual physical film festival and we are delighted to be dipping our toes into cinemas again with the support of our regular cinema partners BFI Southbank and Ciné Lumière and new partner Millennium Point in Birmingham, presenting a power packed all female programme”.

“Birmingham City University is very pleased to continue its partnership with BIFF as it develops each year.  2020 has been a year of challenges and stories that empower us, help us connect with one another, show our strength of spirit and uplift us at the same time, seem pressing now more than ever.  In this respect BIFF’s offering this year is extra special featuring women at the centre.”

“We are delighted to welcome Birmingham Indian Film Festival (BIFF) to our giant screen Auditorium at Millennium Point. Our Auditorium offers a unique space to bring both films ‘Natkhat’ and ‘Roam Rome Mein’ to the big screen in a celebration of Indian independent cinema. We are excited to be supporting BIFF and their ongoing work bringing diversity and representation to Birmingham’s mainstream film industry ecosystem.” – Rebecca Delmore, Commercial Director

Featured image Roam, Rome Mein (Every Inch of my Being)