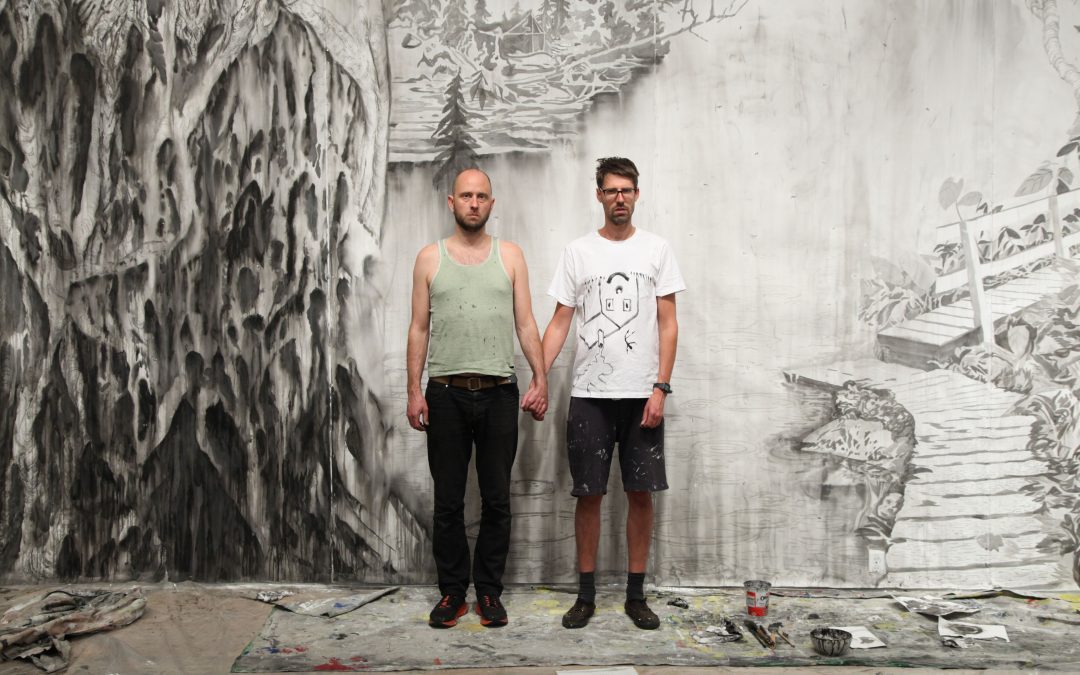 The BEDLAM Arts and Mental Health Festival returns opening on Tuesday 1-Saturday 12 October 2019.  The festival aims to raise awareness of mental health and wellbeing through the importance of the arts and coincides with World Mental Health Day on 10 October which this year focuses on Suicide Prevention.

“We are therefore very proud to be able to present the 4th BEDLAM festival which brings together some of the city’s major arts organisations to inspire, challenge, create awareness and promote greater understanding through our performances and events.”

No bond so strong by Olivia Winteringham, especially produced by SAMPAD for the Festival, is a show about the mental health experiences of women during pregnancy and the first years of their children’s birth; revelling in the joys of parenthood but at the same time summoning every bit of energy not to fall apart for fear of losing it all. (3 & 4 October Foyle Studio, Midlands Arts Centre). The production will also tour to community settings.

Celebrating World Mental Health Day on 10 October, Birmingham’s Geese Theatre Company presents Playing The Game, which explores the history of mothers in prison over the last century based on a series of recent drama workshops with residents and staff at HMP Peterborough (9 &10 Oct, THE DOOR, Birmingham Repertory Theatre).

As part of its aim to increase knowledge and reduce stigma, the festival includes events for artists and other professionals including Mirror Image, a Half Day Symposium for cultural practitioners to reflect on wellbeing (3 Oct Midlands Arts Centre) and a symposium on Using the Arts in Suicide Prevention, in partnership with Dr Erin Turner, Consultant Psychiatrist for BSMHFT (10 Oct, Uffculme Centre).

Lakhvir Rellon, Head of Community Engagement, Birmingham and Solihull Mental Health NHS Foundation Trust adds: “One in four people in the UK will experience a mental health problem each year. In England, one in six people reported experiencing symptoms associated with a common mental health problem (such as anxiety and depression) each week. BEDLAM Festival is a celebration of how the culture sector improves people’s health. It offers a whole range of arts events, open to all ages, and a platform for discussion in a safe environment.”

As part of BEDLAM, Midlands Arts Centre is presenting a brand-new commission which sees artist Jenna Naylor turning the Community Gallery into a menagerie of strange creatures drawn directly onto the walls. Inspired by The Hills Are Shadows exhibition by Jim Holyoak and Matt Shane it is designed to be added to by participants throughout the festival. The commission forms part of this year’s THE BIG DRAW ‘Drawn to Life: Creativity and Wellbeing’ which aims to encourage conversations around the role of mark making and drawing as a life-enhancing tool. (31 Aug-17 Nov Community Gallery, Midlands Arts Centre).

Tickets for BEDLAM Arts and Mental Health Festival, which runs from Tuesday 1 – Saturday 12 October 2019 are available via the event venue. Prices start from as little as £5 with a number of free events. Further information and tickets go to www.macbirmingham.co.uk Box Office: 0121 446 3232; www.birmingham-rep.co.uk Box Office: 0121 236 4455.