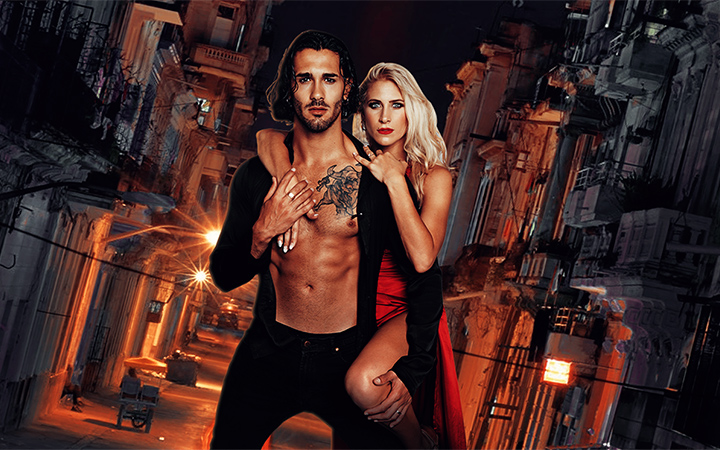 Theatregoers can look forward to West End producer Bill Kenwright’s The Cat and the Canary, the original country house thriller which inspired three hit films. He returns later in the season with the award-winning musical Blood Brothers by Willy Russell featuring a memorable score including the moving ‘Tell Me It’s Not True.’ Keep a look out for star cast announcements coming soon.

Continuing the musical theme is Menopause The Musical 2: Cruising Through the Menopause, the hysterical sequel to the smash-hit show Menopause The Musical®. The production features a star-studded cast including Cheryl Fergison (EastEnders), Nicole Barber-Lane (Hollyoaks), Rebecca Wheatley (Casualty), and Nicki French (Eurovision).

Drama returns to the Garrick stage with the first UK tour of Blackeyed Theatre’s production of Jayne Eyre a searing celebration of female empowerment, a beautiful, brooding love story, with a little Gothic horror and specially commissioned music. National treasure Su Pollard stars in the hit one-woman show Harpy by Fringe First winner Philip Meeks. And, The Mousetrap, one of the longest running productions in the West End and a classic thriller, visits the Garrick for just one week only.

As part of the new season the Garrick is delighted to welcome theatre maker and HIV activist Nathaniel Hall who brings his one man show First Time to Lichfield. Based on Nathaniel’s personal experience living with HIV this award-winning, 5-star production took the Edinburgh Fringe by storm earlier this year. Also direct from the Edinburgh Fringe is Hold On Let Go by Unfolding Theatre a poignant, personal meditation on the gaps in our memories, and asks what we want to pass on to future generations.

Further highlights for young theatregoers include: Milkshake! Live the biggest and best Milkshake! Live ever. Silent Disco Milkshake Edition a chance for parents to bring their budding dancers along to the Garrick Studio where they can dance away to one of three music channels (all suitable for families). And direct from the West End the hit show The Tiger Who Came To Tea a musical play adapted and directed by David Wood, based on the book by Judith Kerr and celebrating over 10 years on stage.

Dance fans can look forward to the ever-popular Spirit of the Dance. Seen by more than 20 million people worldwide, the blockbuster is Irish in origin and bursting with raw energy. Havana Nights brings an exciting mix of Latin dances with individual performances, from Strictly’s Graziano Di Prima and his partner, Giada which includes a special VIP package including a pre-show meet and greet with photo opportunities!