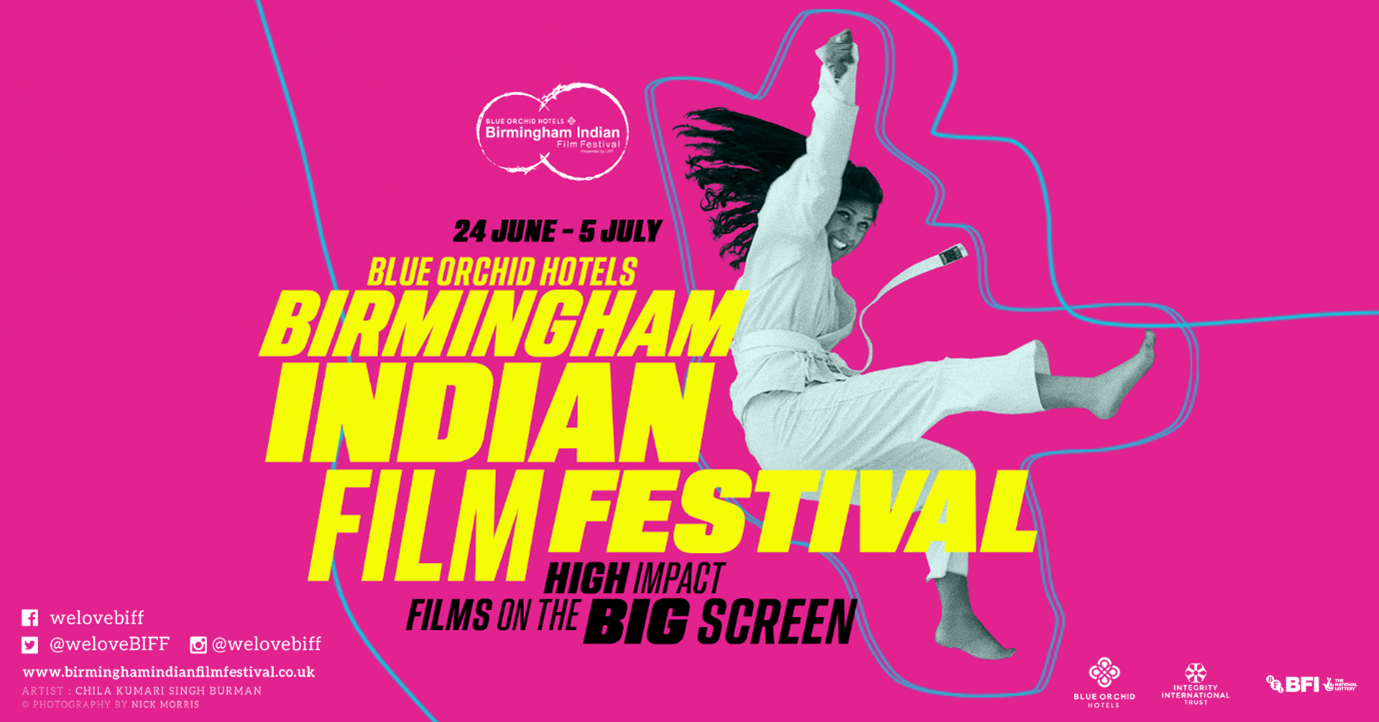 Festival Director Cary Rajinder Sawhney MBE says “It’s wonderful to have director Anurag Kashyap return to the Festival with supernatural thriller DOBAARAA following his visit to the city in 2019. We have UK premiered a number of Anurag’s films over the last 12 years – including That Girl in Yellow Boots and Gangs of Wasseypur. Anurag delivers yet another fresh directorial approach and a compelling twisted story and Actor Taapsee Pannu steals the show as a young woman trapped between two lives in different decades.

We are delighted at the exceptionally strong cavalcade of exciting new Midland premieres at this year’s festival in ten different languages and some very rare in person talks and Q&As headlined by India’s greatest woman filmmaker Aparna Sen.”

Ektaa R Kapoor shares: “DOBAARAA receiving its Midlands premiere right ahead of its theatrical release is a testament of its new-age, cutting edge narrative being wholly loved and applauded all over the world.

DOBAARAA is our first film under Cult Movies, our new film-division which is set to tell compelling, edgy, and genre-bending stories. I feel ecstatic for DOBAARAA and its presence amidst various international celebrated films from around the globe and I can’t wait to showcase the film to Indian audiences on 1st July, 2022.”

Female filmmakers are at the forefront of this year’s festival including the European premiere of THE RAPIST starring Konkana Sen Sharma and Arjun Rampal.

A special In Conversation will take place on Monday 4th July with its director Aparna Sen, India’s most prolific female filmmaker at the prestigious Royal Birmingham Conservatoire. Her daughter, acclaimed actress, Konkona Sen Sharma will also be attending.

Among other Midland premieres are Pan Nalin’s uplifting homage to celluloid CHHELLO SHOW and Anik Dutta’s APARAJITO – a tribute to legendary director Satyajit Ray’s journey of making his first film, the cult classic ‘Pather Panchali’. An intimate look at modern day Calcutta, ONCE UPON A TIME IN CALCUTTA by Aditya Vikram Sengupta also features in the festival line-up.

Under the festival’s ‘Save the Planet’ strand, ecological and climate themes are explored in NO GROUND BENEATH MY FEET.

The ‘Young Rebels’ strand includes THE VERY FISHY TRIP and GIRLS FOR FUTURE.

Ahead of the Commonwealth Games the Festival will be screening TAANGH with cinematography by Yugesh Walia, a Birmingham film maker who trained at the then Birmingham School of Photography.  It tells the story of a daughter who embarks on a journey to find the champion her father was when he won the hockey gold for India at the 1948 London Olympics.

Cultures collide in selections from the diaspora including British Indian comedy LITTLE ENGLISH, and the Pakistani American film AMERICANISH from the US. Archival screenings include classic 1990s music documentary ASIAN VIBES LONDON & MUMBAI featuring artists from the Midlands.

As part of the LGBTQIA+ programme Choreographer Ash Mukherjee, traces the queer experience as seen through the eyes of a first-generation Indian immigrant. VISHNU’S GOT MY BACK, originally commissioned by SHOUT Festival in partnership with Sampad in 2021, is a live performance, part stand-up, part dance with original poetry, songs, and anecdotal stories, reliving the coming of age of a femme non-binary person in post-colonial Kolkata, and then as a queer immigrant person of colour in the UK.

A special Industry Event will take place at MAC Birmingham connecting new film makers with skilled people from the film industry with a focus on digital storytelling.

Birmingham Indian Film Festival opens on 24 June and runs until 5 July.  All films have English subtitles.