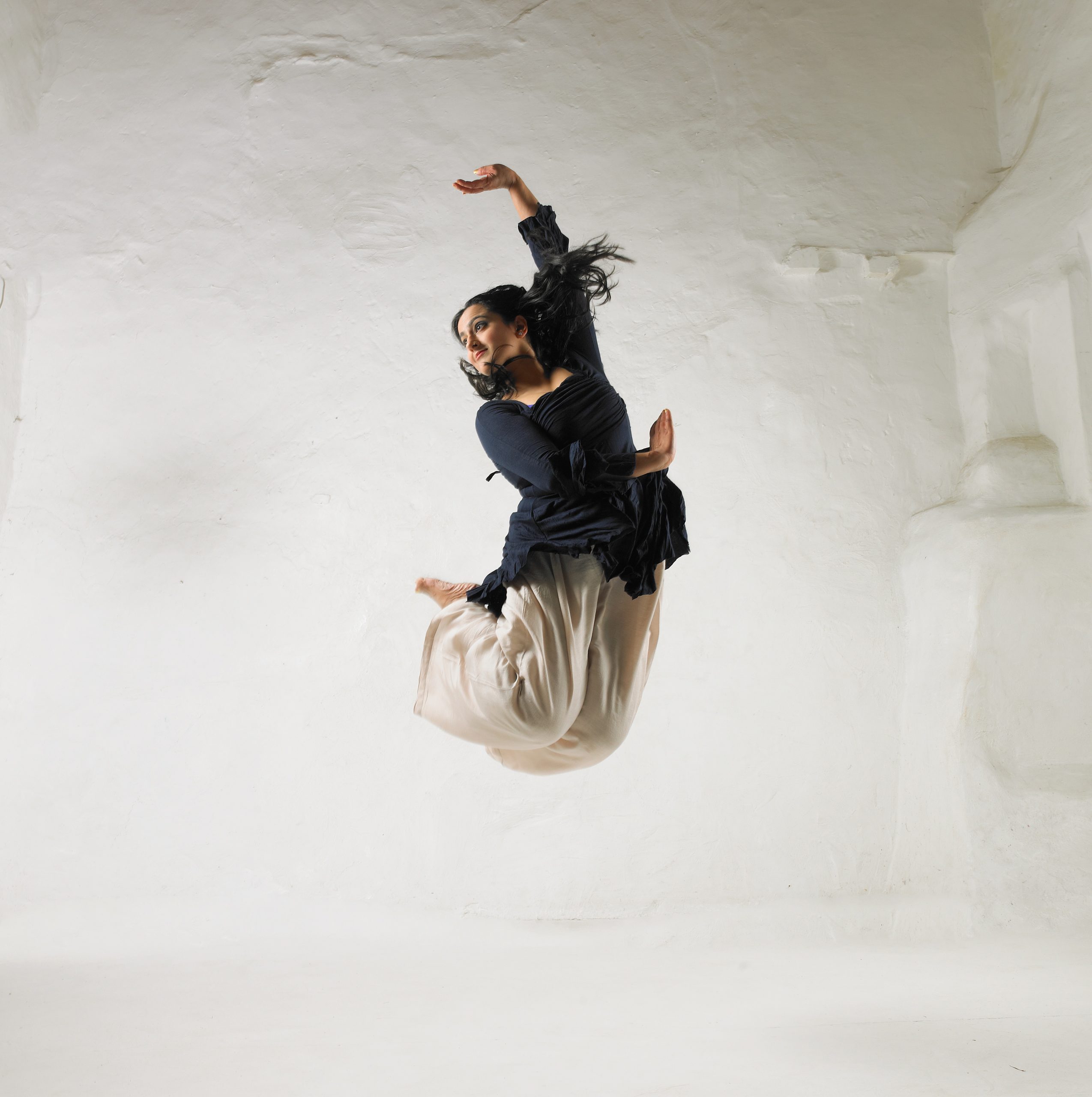 Multi award-winning dance artist and choreographer Sonia Sabri has announced a full programme of events and performances for the first half of 2022 to mark the start of the  20th anniversary year of Sonia Sabri Company.

The programme, which will be extended across the year, features the co-creation of a large-scale outdoor production which will receive its world premiere in March marking the launch of Birmingham 2022 Festival. The six-month Festival will shine a global spotlight on creativity in the West Midlands that will sit alongside the Commonwealth Games.

Also featured is a nationwide tour of the company’s first dance production for children; three world premieres including a visually stunning live music, theatre and art installation piece touring to key cities; a concert displaying the talent of a new generation of upcoming dancers and musicians; a community art development programme as well as the launch of an innovative brand-new musical ensemble.

The 20th anniversary celebrates the music and dance company’s continued passion to  collaborate with professional performers and choreographers, develop new talent in the UK and create work relevant to modern diverse audiences inspired by Indian and British culture.

Sonia Sabri who is Associate Artist of the CURVE theatre in Leicester and who’s company is an Associate Company at Birmingham Hippodrome said  “We are proud to have reached a national and international audience both online and in person during a particularly challenging two years for us. However, it is time to look positively to the future. So, with huge excitement and in the year that marks the 20th anniversary of Sonia Sabri Company, we can finally announce a full programme of spectacular world premieres, events and UK tours.

In a year when Birmingham will be hosting the 2022 Commonwealth Games and the opening of a six month long cultural festival which will attract visitors from across the UK and internationally, we look forward to  welcoming new audiences and participants to our celebratory programme that will entertain, promote debate and showcase this wonderful City.”

Over the last 20 years Sonia Sabri Dance Company has reached a global audience of over 7 million with over 16 students going on to enjoy a professional career in dance.

Dr Stacey Prickett, Chair Sonia Sabri Company added “Congratulations to Sonia Sabri Company on their 20th anniversary who continue to build on the ethos and artistry that sparked the company’s formation. I am thrilled to witness their tireless resilience and innovation especially during the pandemic.

Entering the digital world in the last year when regular life came to a halt, they reached 3.5 million through making and sharing art, supporting the welfare of other artists around the world, and bringing the arts to communities that wouldn’t normally have access.

Special thanks must go to Arts Council England for its ongoing support through these most challenging times in recent history.”

As one of only a handful of British South Asian professional female choreographers in the UK, Sonia Sabri is delighted to have been invited to be part of the creative team behind the large scale spectacular outdoor production Wondrous Stories created and directed by Kevin Finnan MBE, Artistic Director of Motionhouse.

Audiences will be able to attend seven performances of this spectacular, free event, which will bring together the people of Birmingham in a celebration of the wondrous stories of ordinary people across the region.

A giant aerial spectacle with a flying book, bicycles and a large globe, are just some of the thrilling elements that will wow the audience alongside incredible digital projections that will help set the scene for this extraordinary dance-circus performance.

The first performance of this spectacular free show will mark the start of the Birmingham 2022 Festival. shining a global spotlight on creativity in the West Midlands that will sit alongside the Commonwealth Games.

Launched in November 2012, this colourful evening features a variety of the talented dance and music students Artistic Director Sonia Sabri and Musical Director Sarvar Sabri have nurtured through their dedicated teaching and guidance. The teaching reflects the company’s ongoing commitment to nurture the next generation of performers.

The evening will feature new talent from the wider region performing on stage for the first time, including wellbeing participants and women who have not danced before.

On average 70 students are showcased at each performance and over 700 students will have been presented since its launch.

Following a hugely successful nationwide tour in 2021 Sonia Sabri Company’s first production for children will once again be on the road at the beginning of 2022.

Same Same…But Different is a family show, mixing Kathak and contemporary and street dance, live music, beat boxing and physical storytelling, to create a playful and colourful world celebrating individuality, diversity and the bonds which connect us all.

This joyous, extremely funny, none-verbal production features an energetic cast of dancers who engage directly with audiences, tumbling and twisting to the specially commissioned music score exploring the times when we feel different and the times when we belong.

The national tour will visit over fifteen theatres and libraries including dates in Sunderland the Midlands, Luton, Norwich. The tour also includes performances at The Place, London’s  creative powerhouse for dance development that is leading the way in dance training, creation and performance.

Sonia Sabri Company will be creating  Mughal Miniatures a brand-new outdoor work celebrating the deep-rooted cultural, political and human links between Birmingham and the Indian subcontinent.

The work, which will tour to unconventional spaces across the Midlands and beyond, is inspired by the Indian Miniature Paintings ‘Mughal Miniatures’  tiny, small-scale, highly detailed paintings that can be traced back to the ninth century. These delicate handmade paintings, heavily influenced by Indian literature, are a blend of  bold, bright colours depicting courts, nature, animals and more.

A series of pop-up, living pictures will be installed across  live sites evoking scenes of Indian royal courts and the glory of the Mughal period with a contemporary twist, undercutting expectations and delighting and surprising passers-by.

The pandemic has caused mental health and general health issues, isolation and loneliness.

To support the creation of Mughal Miniatures the company will be working with Birmingham based Sähëlï Hub, a Social Enterprise charity dedicated to improving women’s health and wellbeing. The project will see participants develop ideas through art workshops and their artwork and stories will play a significant part in the final piece.

The project, attended by underprivileged and underrepresented communities who have not attended an arts project before, aims to give participants a voice to help themselves discover they are valued members of society.

This year Sonia Sabri Company will be launching their first Global Music Youth Ensemble in partnership with Celebrating Sanctuary Birmingham.

Collaborating with established professional artists and musicians from Sonia Sabri Company and Celebrating Sanctuary Birmingham, young people with talent and potential will be able to progress as musicians or producers, developing their music and personal skills.

The professional artists, some of whom come from migrant communities themselves and are inspirational role models, will collaborate on the project, bringing together different musical styles with young people from different faiths, cultures, experiences, and skills.

Participation is FREE and rehearsals will be taking place on Sundays 2-4pm at Midlands Arts Centre (MAC) Birmingham from 6th March 2022.

Following excerpts at Appetite Festival in the summer of 2021 Roshni a brand-new performance piece for outdoors and indoors is being created for its first tour this summer.

Roshni, primarily a female name of Persian origin meaning light, uses storytelling and percussive dance style Kathak with emotive live Indian music to celebrate the vibrancy of the natural world and the simple joy of life.

The performance is presented by multi-award winning Kathak dance artist Sonia Sabri and the internationally acclaimed Tabla Maestro Sarvar Sabri with further artists to be announced.

The performance promises, colour, energy, melodies and rhythms that will uplift audiences following a challenging two years of lockdowns.