1,000’s of images of people from the Commonwealth to feature in major photographic exhibition 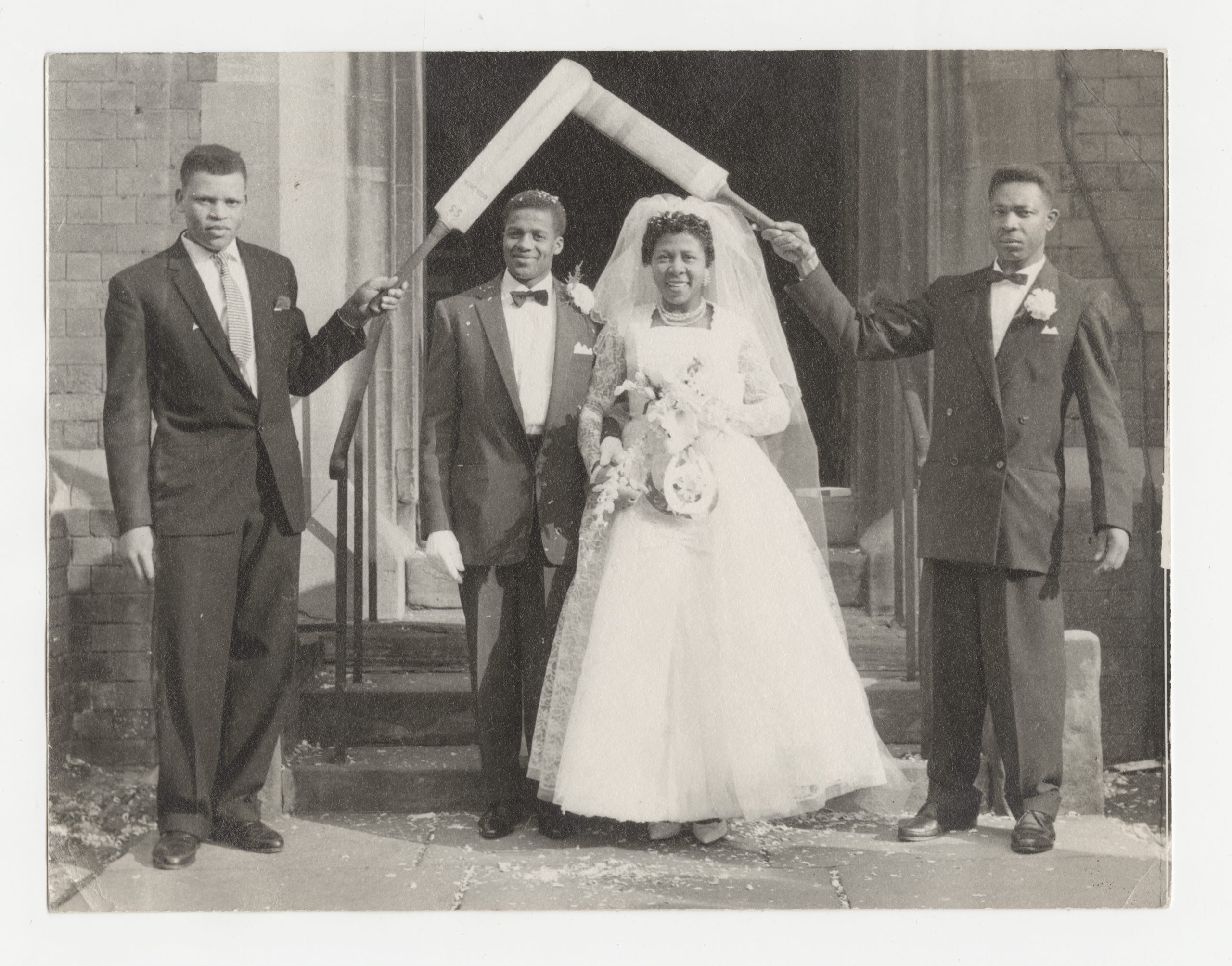 A major new photographic exhibition, featuring 1,000’s of images of people from the Commonwealth who settled in Birmingham will open at the iconic Library of Birmingham in Centenary Square from Friday 18  March-Sunday 18 June 2022.

Funded by The National Lottery Heritage Fund and Produced by Sampad South Asian Arts & Heritage, ‘From City Of Empire To City Of Diversity: A Visual Journey,’ has been created from The Dyche Collection, one of the most important photographic collections within Birmingham Archives and acquired by Birmingham Central Library in 1990.

The Dyche Collection features photographs by self-taught photographer Ernest Dyche and his son Malcolm, who had two studios in the city and produced individual, group, family and wedding portraits.

In the 1950s, the portrait work shifted its focus to the first wave of migrants arriving in Birmingham from Africa, the Caribbean and Indian sub-continent. For over 25 years, many visitors to his main studio would have portraits made to send back to friends and family in their home countries – inadvertently capturing the story of Commonwealth migration and recording an important phase in Birmingham’s history.

Over the last 14 months archivists have searched through over 10,000 photographs stored in boxes to produce this important exhibition which will document post-1945 migration and the huge contribution made by those who settled in the city from the Commonwealth.

Most of the people pictured are anonymous as no records of names survive but Pavandeep Gill, one of the many project volunteers, contacted the exhibition organisers after finding out pictures of her grandparents had been taken at The Dyche Studios in the 1950’s.

Pavandeep said “My grandfather left India after the 1947 Partition in search of a better life. He settled in the Balsall Heath area of the city where he got a job and saved to buy a house. He was then able to bring his wife and sons to the city marking the  first time my father had seen him.

A picture of my grandparents has always been on the wall at home. When they died in 2019, we took the frames down and noticed the photographs had been taken at The Dyche Studios.  After much research we got in touch with the Library of Birmingham who told us Sampad were putting together the exhibition.”

The photographs of Pavandeep’s family will be displayed in the exhibition and organisers are hopeful that more people will come forward so the stories behind the photographs can be told.

A school’s version of the exhibition is currently touring to Sampad’s 20 partner schools across Birmingham. Supported by comprehensive classroom resources, including oral histories, storytelling and an interactive map, it has equipped teachers with the skills to confidently discuss the heritage of the people of Birmingham with thousands of young people.

Parents of Birmingham-born soap star Lorna Laidlaw settled in Birmingham from Jamaica. Lorna who plays Aggie Bailey in Coronation Street said  “From City of Empire to City of Diversity is an amazing project, which I’m proud to be part of. It connects our young people with the experiences of our elders, which is essential in understanding the story of Birmingham. The photos remind us we are indebted to those people from the Commonwealth who settled here.”

Sampad would love to hear from members of the public who have information about the collection or can identify any of the people in the images. Access to a small selection of the photographs already discovered are available via www.sampad.org.uk/projects To get in touch please email  harriet@sampad.og.uk

FROM CITY OF EMPIRE TO CITY OF DIVERSITY: A VISUAL JOURNEY is produced by Sampad in partnership with Birmingham Archives, Library of Birmingham and University of Birmingham.

The digitization of the photographic archive will be available for all to access in the future, the perfect research and educational tool and an everlasting legacy of the project.